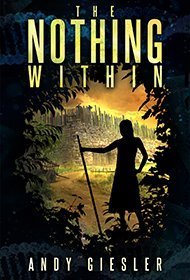 The story is essentially two intertwining narratives. The first comprises excerpts from a journal kept by an Amish woman, Ruth Troyer, who lives in the mid-22nd century and chronicles the Reckoning, the sudden and complete collapse of humankind. One day, modern technology simply stopped working and civilization quickly devolved into chaos.

Those living in Amish communities weren’t affected as much by the Reckoning as they were by its aftermath: Strange, mutated creatures called chimeras appeared from the forests, decimating livestock and people, and morally bankrupt gangs of survivors from urban areas eventually showed up, culling the peaceful “plain people” of all adult males. The journal follows Troyer’s brave struggle to survive through horrific circumstances.

The second storyline follows a blind girl, Root, in the far future. Presumably a descendant of Troyer’s Amish community, she embarks on a perilous journey outside her village’s walls to free herself from the rigid restraints of her strict religious society and to find out who she really is.

Although the premise is clichéd, Giesler makes this 542-page novel impossible to put down, not only by creating a cast of fully realized and unique characters—Root is an unforgettable heroine—but also by making world-building a focus throughout. His World That Is is richly described, from both sensory and cultural perspectives. Additionally, the story’s impressive bombshell plot twists will keep readers off-balance until the very end.