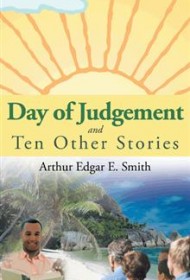 In Day of Judgement and Ten Other Stories, Arthur Edgar E. Smith adds his voice to the growing chorus of writers exploring the many facets of West African life. The range of topics in this fiction collection — village and family life, religious zealotry, thievery, even Smith’s musings on black American writer Richard Wright’s literary consciousness — are noteworthy, although his ability to engage the reader stylistically could be stronger.

Smith takes some cues on subject matter from Nigerian literary sensations Chinua Achebe and Chimamanda Ngozi Adichie. Like them, he is interested in the complexities and contradictions of the experiences of everyday people in the region. In “The Changing Fortunes of a Student in Crisis,” for example, a secondary school student struggles to negotiate the stresses of family, school, and social expectations in a modern West African city. And in “Requiem for the Presumptuous Mister Courifer” (a fantastic title), a young man marshals the courage to stand up to his domineering, colonial-minded father and follow his own career and family path.

Unlike those celebrated writers, however, Smith doesn’t create fully realized, believable characters, settling for broad strokes instead of telling details. His plots, also lacking detail, can be hard to follow. Readers wishing to learn more about the lives of people in an often-ignored but culturally distinct and fascinating part of the world will be drawn to Day of Judgement and Ten Other Stories, although their ability to connect with characters and issues will be hampered by a sometimes-muddy writing style.