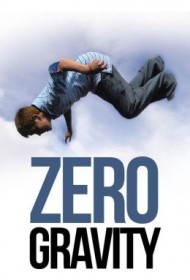 Damian Garside’s Zero Gravity is an intelligent, nuanced collection of poems by an engaging new poet.

The collection lacks a clear, organizing structure; poems are offered randomly, with no section headings. One of the collection’s most promising aspects is a series of poems (spread throughout) in which Garside explores the subjunctive. For instance, he imagines “If Philip K. Dick Had Written the Iliad,” “If Vidal Sassoon Had Written the Communist Manifesto,” and “If Julia Kristeva Had Written the Odyssey.” These titles suggest a certain playfulness, yet the poems themselves generate insight by probing a canonical text through the eyes of a contemporary figure. The language sparkles, and the conceit compels.

Garside thrives when he stays grounded in specific, concrete details and clear, direct diction. One particularly incisive poem is “Poem for Denise,” which reads in its entirety: “The reason there is day and/night/ is that the sun/ grew too fond/ of the moon//and the world would end if/he ever were/ to hold her.” Garside can also be a strong and surprising image-maker, as in: “The tarot told me (in no uncertain terms)/ I am upside down man/ dragging on a/ hookah” and “After the/ big bang// it was all bits/ of broken omelette.”

A few minor criticisms: Too many of the poems are explicitly about the nature of writing poetry and tend to veer into abstractions and dense, cerebral language. For instance, “I tend to forget, perhaps because the/ thought of writing being a powerful weapon/ is frankly preposterous.” In addition, the book is overly long (four times the length of an average traditionally published volume of poetry); more organization would have been welcome.

Despite these flaws, however, Garside is intellectually curious, well-read, and frequently humorous — all qualities that add to the appeal and accessibility of his work. His poetry reflects a unique talent and perspective that is well worth a reader’s consideration.