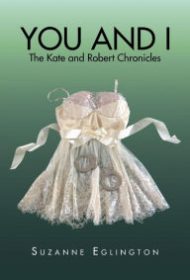 When Kate marries Robert Beckham in Las Vegas following a brief, yet intense romance, she has little idea what she is getting herself into. What she quickly discovers is that her “gladiator” husband loves her fiercely, and in an effort to keep her safe, he can be overbearing, but also incredibly romantic. As Kate and Robert begin their new life together, starting with a honeymoon, then a brief time in their new home followed by a trip to Ireland and England to visit with Robert’s family, Kate suspects that there is a reason behind Robert’s ferocity and that she has a lot to learn about her new mate.

It’s fortunate that the sex is exciting, because other than a few scuffles involving Robert and some surprising revelations about his past, as well as some interesting interactions with well-written secondary characters, there is little action or narrative drive. Due to the overall lack of direction, the 400+-page story tends to ramble and could benefit from some tightening.

In order to be satisfied with You and I, potential readers should not have any objection to cliffhanger endings. The abrupt finish sets the stage for a suspenseful third book in the series.