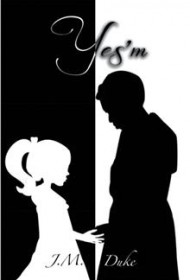 Set in a small Virginia town in 1950 where blacks and whites are intertwined but separate, it traces the relationship between Samantha Lee (Sammie) and Pearl. Sammie’s extended white family “operates within a self-described and predetermined political correctness” according to standards created years earlier. Pearl, her caretaker, is a strong uneducated black woman but wise in her knowledge of human beings.

As she surveys the 20 years of this friendship, Duke skillfully relays details of a tempestuous era, a time years when the South and the entire country was undergoing radical and often violent changes. She lightly incorporates these changes into her narrative with brief excerpts from the 1960’s news broadcasts, while also bringing integration and Civil Rights issues into Sammie’s small community and school. Sammie’s acceptance of the changes at school clashes with her grandparents’ established beliefs, but Pearl always advises calm and love for her impetuous, rebellious charge.

Sammie is an engaging narrator, and Duke successfully re-creates the large fears over small things a child experiences as well as the smaller fears over larger issues a well-grounded teenager faces. Sammie’s astute observations of the details of her surroundings put this book firmly in the company of established Southern fiction such as The Help and To Kill a Mockingbird. Readers will laugh and weep with Sammie and applaud Pearl’s steadfast commonsense and integrity and find that the dynamic energy of these two unforgettable characters lingers long after the last page is read.