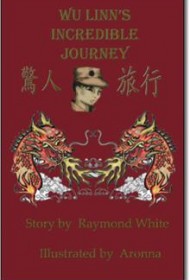 In this earnest, appealing adventure novel written for young adults, the author aims to chronicle the political unrest in China during the early 20th century, culminating in the civil war between the nationalist forces, or Kumintang (KMT), commanded by Chiang Kai-shek, and the rebel (Communist) army led by Mao Tse-tung.

The family of the eponymous hero, Wu Linn, is split by ideological contention. His grandfather is a landowner and government leader, but his father, obsessed by the social inequality that impoverishes the peasant class, decamps to join the ragtag Red army, where Mao is preaching land reform. At 16, Linn determines to find his father and reunite the family. His journey throughout China is fraught with danger and narrow escapes.

Linn is a credible teenager who often acts rashly and fails to consider the consequences of his actions. When he promises to accompany another youth, Nieh San, who is seeking his own father, Linn is later astonished and annoyed to find that San is a young girl. Together they continue Linn’s daunting quest, which author Raymond White adroitly delineates in cliff-hanger chapter endings.

While the narrative’s plot contrivances are unsophisticated, White exhibits a talent for graceful phrasing, vivid metaphors and atmospheric descriptions. He tries to present an evenhanded depiction of the issues defining each side in the national conflict, and since the narrative ends in 1937, when the KMT and the government set aside their hostilities to unite in fighting the Japanese invaders, he’s spared from issuing a definitive opinion.

Useful postscripts to the story include a chart with characters’ names, pronunciation guide, and glossary with definitions of Chinese and English words (some of them rudimentary, such as “ammunition,” “foundry,” “landlords,” “opium”). It’s doubtful that young readers will appreciate the simple line illustrations, however, since they lack a strong visual punch. While this is a useful introduction to a crucial period in Chinese history, it does not transcend its target audience of adolescent readers.