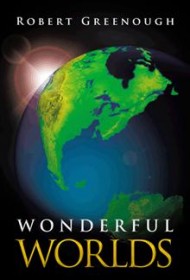 Robert Greenough has written a weighty book, nearly 500 pages, about the development of modern man, complete with “body, brain, mind, genome, spirituality, soul and culture.” He takes a very long view, beginning by theorizing about the formation of the Earth before the Big Bang. He then introduces evidence and theories on the evolution of species, from single-celled organisms to the emergence of Homo erectus 600,000 years ago and forward to the time of Christ – in total, a timeline of 13.7 billion years.

Such a lengthy assessment seems necessary to answer the question of what makes us human, given that the primary thrust of this book is to present a “science view of creation,” also known as Intelligent Evolution: modern man developing as a result of the combination of nature-driven changes and intelligent direction.

Greenough has amassed copious quantities of information over decades of self-directed study and has deeply considered the notion of what makes a human, although one would expect such a wide-ranging discourse to be derived from more substantial sources than some he names, such as Wikipedia and several magazines. He states that his thoughts and theories are based on “reason and logical events,” which is evident by the abundance of familiar history presented.

However, the repetition of many ideas – such as the emergence of Homo erectus coinciding with the first indicated evidence of the soul – combined with a lack of adequate explanation and follow-through of other concepts demands a reader of unflinching determination to wade through the material. Other inconsistencies detracting from an overall favorable impression include the author’s assertion that he introduces at least 30 original theories, even though the thought that many dimensions exist (as one example) is hardly original.

In the final analysis, while this book contains a wealth of information and provocative ideas, these elements are eclipsed by verbosity and an erratic delivery.