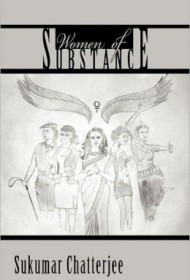 Many American readers will come to Women of Substance, a story collection set in India, with a sense of eagerness to learn more about the culture’s mysteries. How, for example, could people be so accepting of the tradition of arranged marriages? And what is the internal world of its citizens really like? These tales about “ordinary” women written by an author who resides there, provide readers with equal parts insight and frustration.

First, the positives. The stories move at a fast pace with plenty of dialogue and action. And while the women characters seem content with and in some cases even hope for arranged marriages — leaving inquiring Western minds still curious — readers get an occasional sense of the culture’s intricacies. Detailed descriptions of various weddings and places of worship are woven throughout.

But there are many obstacles to enjoyment. For one thing, the author is male. Theoretically this shouldn’t matter, but too often the writing resembles 1950s’ pulp detective fiction. For example, character Aru is described as having “a well-developed bosom, a slim waist and a well-developed posterior.” And rather than moving the stories forward, the sex scenes seem more like personal fantasies, such as when Charu and Subhash finally overcome the latter’s erectile dysfunction. More space is devoted to Subhash’s embarrassment and eventual relief than his wife’s frustration and personal needs, which are glossed over with praise for her devotion.

In addition, while the other stories have more focus, the opener, “Kavita, Pushpa and Poonam” is too wide-ranging, beginning with a husband’s reluctance for his wife to get an abortion when they learn they are having yet another daughter (in addition to the three of the title) and ending with Kavita solving a murder of a young man who tried to rape her years earlier.

Ultimately, this book comes across like a “B” movie about India. It has some style, but its limited substance leaves a hunger for a deeper understanding.