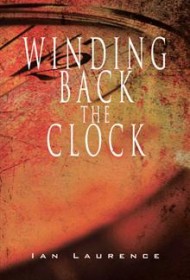 Stolen art, multiple deceptions and a secret plot to bring back the glory of Germany are at the root of this multilayered and engaging thriller.

At the center of the action is Katie, an American lawyer whose discovery of two unexpected clues lead her on a complex search for long-lost treasures stolen from her aristocratic family, the von Arnitz clan. For three centuries they ruled an estate on the island of Rugen in Silesia, but were forced to flee when the Russians invaded during World War II. Katie suspects the valuable items were looted by the cruel Schimonsky brothers, who aligned with the Secret Police in former East Germany and terrorized others after being evicted from their own dynasty.

Unknown to Katie, Detlef, the son of an elderly servant for the von Arnitz family, has launched his own quest to find and murder the brothers for having brutally tortured and killed his father. Both Katie and Detlef unwittingly get tangled up in murders, mayhem and a potential international crisis as a secretive, far-right political party schemes to reestablish Germany’s independence and take back the land ceded to Poland after the war—a move that could disrupt all of Europe and impact the U.S.

Author Ian Laurence has done a masterful job here, weaving well-developed characters into an imaginative plot that builds interest chapter after chapter. He successfully connects his fiction to history, adding enough factual details to make the story believable without overwhelming it. In addition, Laurence knows when to drop in critical foreshadowing to keep readers guessing. One minor but important flaw in the book is the occasional misspelling of a key name—von Arnitz—sometimes with a second “n.”

Overall, while Winding Back the Clock falls short of works in the caliber of Michael Connelly and Dean Koontz, it is sure to please fans of suspense novels who appreciate thought-provoking history skillfully cross-connected with a credible and vivid story line.