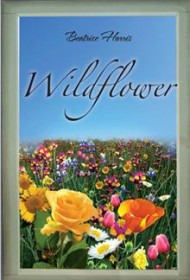 Beatrice Harris’ life has been filled with challenges. At an early age, she witnessed the death of her father, her mother’s struggles to support six children, three marriages, and a final betrayal. Yet, through it all, she persevered, getting an education and becoming a successful teacher.

Rather than delivering an inspirational first-person tale, however, the author chooses to confound readers by writing in the third person. According to the book jacket, “the book tells the author’s own true story, as experienced through the life of Cherolyn.”

Why such a thinly disguised persona?

The author, obviously very hurt, seems conflicted about writing down her story. She’s careful not to reveal too much about any one person, and the distance prevents her from ever getting to the crux of the matter. Instead, she often repeats herself, as if saying something two different ways will provide clarity. Writing about her youngest sister, Cuda, for example, she says: “Cuda grew up and had a heart of gold. She helped anyone that needed help. She missed many opportunities because she did not learn that some people take advantage of your good and kind heart.”

Overall, the story is a rambling collection of clichÃ©s, musings about the past, and an endless metaphor about running down roads. “She was able to run so far down the roads because she asked lots of questions and waited for answers.”

In the last chapter, the author talks about why she wrote the book. Apparently, it started as a form of therapy; later, it became “a lifelong goal” to finish the project. As a result, the book feels like the final item on Harris’ bucket list. She wraps up the book by stating, “She needs to stop writing because she is at the end of the book…. and Cherolyn is at the end of her run.”

Or the end of the road, take your pick.