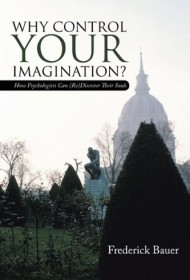 “The Western Tradition,” posits author Frederick Bauer, “is that humans are partially spiritual beings with an immortal destiny.” Drawing from his background in both philosophy and psychology, Bauer’s work is a defense of this tradition against the attacks of scientific materialism. His defense rests on a revival of a philosophy based on the psychological introspection he finds in Descartes and William James, a gambit placing Bauer at odds with the greater part of the last century of Anglophone philosophy.

Written about 20 years ago, the book now appears as a salvo in the backlash against the New Atheism of Richard Dawkins, Christopher Hitchens, and Daniel Dennett. Bauer joins Thomas Nagel and Alvin Plantinga in a philosophical reaction against the New Atheism’s reductionist materialism. However, where Nagel and Plantinga remain within the tradition of Anglo-American philosophy, Bauer produces a work that follows no contemporary school, be it Analytic, Continental or Straussian.

The maverick in Bauer is his undoing. His stance outside of the academic mainstream causes him to eschew even the rules of grammar, formatting, and source citation. Such rules exist for the sake of clarity, and this is precisely what Bauer’s book lacks. The reader often finds mid-paragraph that the author’s meaning is opaque, as is its connection with what comes before or after. The confusion is not due to the difficulty of the author’s thought but because his writing, though not without wit, lacks cogency. The apparatus that might serve to sharpen the author’s main points, including the contents page, a prelude, and an outline, only muddy the waters further.

With a strong editor, Bauer’s eccentric screed could have become a first-rate contribution. His treatment of “attention” and “noticing,” as well as his reframing of the psychological tradition of William James, is especially timely and important. He certainly has something to say. Unfortunately, this book doesn’t clearly convey what that might be.