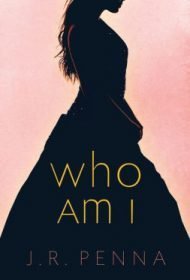 In J.R. Penna’s novel of thought-provoking arguments about when life begins, two women struggle with questions of self-worth and self-determination.

Rita Garibaldi is a young South San Francisco native intent on succeeding as a real estate developer. Rosa Garcia, 14, is a Latina high school student, the daughter of Rita’s high school classmates. Rita is convinced she was raped by a wedding guest she invited in when he drove her home. Pregnant, she goes through with the hard-fought decision to abort the fetus. At Planned Parenthood, she meets Rosa, also pregnant but excited to have her baby, despite her and her 15-year-old boyfriend’s financial reliance on their parents.

When Rita comes face-to-face with the man she claims raped her—a lawyer on a big project she’s heading—he counters her accusation with the fact that she initiated the sexual encounter and then threw him out as soon as it was over. This forces her to question why she has, since childhood, sabotaged her own happiness. Meanwhile, as Rosa meets fierce opposition from her parents and no help from her boyfriend, she panics about what to do. Readers watch Rita and Rosa travel different paths to self-knowledge and fulfillment.

This novel asks readers to think deeper than their abortion beliefs into the existential question of “Who am I?” This is a laudable aim, filled with potential. Unfortunately, the story is hampered by several drawbacks.

Much of the story is presented in dialogue, with Rita, Rosa, Rita’s family, a female psychotherapist, and a priest, all sounding exactly alike (with the exception of Rita’s use of expletives, which is jarring juxtaposed with the book’s overall formal tone). The narration is frustrating, as well. Key events and actions are told in retrospect, rather than foreshadowed to build suspense or revealed earlier for clarity.

While the book presents provocative ideas, these two issues detract from what could’ve been a much more compelling and moving story of self-discovery.