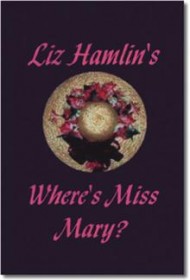 After the death of her husband, lonely Ruth McBain takes in 6-year-old Lark as a foster child. Thus begins Liz Hamlin’s suspenseful fourth novel about greed, duplicity and murder.

The story is set in a remote neighborhood, where Ruth is continually baffled by Lark’s behavior. Lark’s social worker isn’t allowed to violate Lark’s privacy and inform Ruth about Lark’s past, but one thing Ruth knows is that Lark doesn’t want to be touched, except when with her friend and confidante, next-door neighbor Miss Mary. On her frequent visits, Lark snuggles up next to dumpy, comfortable Mary and listens attentively to her stories about a foster child (the author implies the child was actually Mary) who was abused.

Despite outward appearances of normality, Lark suspects Mary’s husband Frank of mistreating Mary. Things become even more upsetting after Mary and Frank return from a trip to Florida. Before she left, Mary had announced to Lark that she was getting a makeover. Now Lark believes that the new Miss Mary is an imposter.

When Ruth becomes ill, Lark is left with this stranger and Frank, who takes the opportunity to whisk them both away to California, where Lark is marked for death by a man driven by greed.

Hamlin has taken a fascinating premise and woven a complex plot that utilizes her knowledge of the foster care system. She also mixes in a mysterious serial killer that Frank uses for his own means. The author has a tendency to overwrite and has created far too many characters who exist for the sole purpose of moving the plot forward. In addition, the story jumps back and forth in time and place, making it occasionally confusing. Overall, the book could have benefited from more editing, which might have made it a home-run.

Still, Where’s Miss Mary? is an interesting story and Hamlin, to her credit, succeeds in keeping the pages turning.