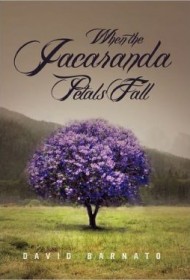 Barnato’s adventure tale, which travels between Scotland and South Africa, begins dramatically in 1999 when Johannes, a young South African, sets fire to his neighbor’s house after catching him having sex with his wife. The next chapter rapidly shifts to a Scottish castle and is written through the eyes of Boysie, the new resident Jack Russell terrier, who gives an amusing account of the entertaining life of his masters Rupert and Dianna. The morning after one wild party, Boysie and the other dogs take advantage of the place: “By seven, the castle was as silent as if the occupants had died of the plague, other than the sound of snoring and the odd fart or two. . . Murphy lapped up the odd drop or two of scotch and small flies that had drowned in the liquid overnight. It was too good an opportunity to be missed…” Chapter three then jumps to Rupert’s point of view. It is 2005 and he and Dianna have moved to Olive Tree Farm, near Cape Town, South Africa, to start a new and challenging life.

What sounds like a complicated, confusing story proves to be a quirky yet refreshing romp that plays out in continually changing points of view. The initial character, Johannes (who later converts to Islam and changes his name to Mohammed), becomes a trusted foreman for the farm. The balance of the book shares the joys, sorrows and sometimes illicit loves connected to the intermingled lives of the various characters.

Along the way, the story adds a nice mix of South African customs and words (“he brewed a cup of moer koffie”), and the author thoughtfully includes an explanatory list of the large cast of characters (51, including some dogs) as well as a list of definitions of the foreign words.

Despite the misuse of commas and other editing issues, Jacaranda is a well-developed, intriguing and delightful first novel written in a unique voice.