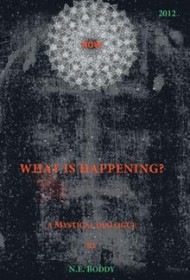 At the end of his dialogues, where Socrates explored the meaning of truth, the good, or the components of ethical action, he often, according to Plato, declared that all he and his fellow Athenians had really discovered was what they didn’t know. Then Socrates would do a curious thing. He’d move beyond the limits of their reasoning and offer his colleagues a story. Perhaps, he’d say, reality is something like this….

In this book, N.E. Boddy takes the same tack, offering a speculative paradigm for physical and metaphysical reality. “Plato,” he states in his introduction, defines “myth as a likely story.” It is an “imaginative exploration that hopefully (points) in the right direction.”

Boddy first bases his “imaginative exploration” on what he knows and may discern through reasoning, and then widens his circle to encompass what may be true, but cannot be proved. Thus, his book is a careful work, underpinned by theories of relativity, quantum physics, evolution, comparative religion and the discourse of philosophers from the pre-Socratics to Leibniz.

Using the vehicle of a conversation between a person undergoing a near-death experience and a spiritual entity possessing plenary knowledge, the author discusses such topics as the nature of space and time, quantum entanglement, the relationship between mind and matter, reincarnation, consciousness and the collective unconscious, and the role of truth, beauty, and goodness in relation to the purpose of life. His major premise is that we are part of a whole that is collectively evolving toward perfection.

While Boddy’s slant is decidedly Christian, he recognizes the value of other religions and viewpoints. The main drawback to his work is that he tends to get abstruse in some places, notably when he tries to explain how perfection is always perfecting itself. But more often the path of his logic is easy to follow, even in difficult areas. Ultimately, What is Happening? is a cogent and thoughtful presentation of one possibility for reality.