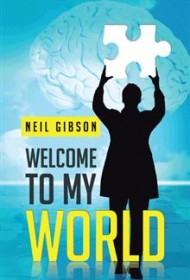 In his often dissociated, rambling memoir, author Neil Gibson describes how he made an intensive self-study of his brain’s workings to explain his lifelong problematic behavior. Eventually, he diagnosed himself with attention deficit hyperactivity disorder (ADHD) and bipolar disease, changing his behavior and freeing himself at last. He believes his methods could help others suffering similar problems.

As a schoolboy in England, Gibson had trouble learning. He quit school at 16 and went to work, but his problems continued. Craving the thrill of racing, he caused many wrecks with his employer’s cars (while working as a painter and decorator, he was also his employer’s chauffeur). He drank heavily and bedded women for the joy of the conquest.

The birth of his daughter out of wedlock eventually turned his life around. As he watched her struggle at school, he revisited his own early troubles and began his personal quest. Gibson bases his research on his own memories and the Internet, cobbling together material that fits his circumstances into theories.

At times, Gibson comes off as grandiose. Although every article he reads asserts that bipolar disorder is incurable, he is “convinced that I have ended this problem for myself.” Later, he touts his “cure” for others: “You do not need to wait for the so-called experts to agree or disagree with what I say, you can now go and try it for yourself …” Near the book’s end he writes: “I have already told you why I am the greatest man on the planet. Maybe I know how to work this brain because I am the Maker himself – God.”

Despite his outsized confidence to the contrary, Gibson’s custom-made cure cannot be generalized as a regimen for others. While it’s gratifying that Gibson solved his own problems, it’s doubtful that his musings will do the same for others. As a journey of self-discovery, however, the author’s insights, though disjointed, might interest readers doing their own midlife self-examination.