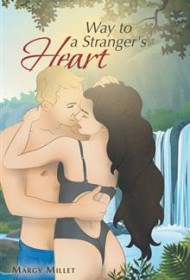 Working as an environmental researcher in the Australian Outback, Joanna and her fellow researchers are tracked down by Jason and his security team. The team is scouring remote villages for a missing flash drive, and someone on Joanna’s team has it.

The story moves quickly, and intriguing plot twists keep the narrative engaging as both Joanna’s and Jason’s secrets are revealed. Romantic, sensual sex scenes provide plenty of heat, and an engaging cast of secondary characters help to add depth. All of the major questions about the couple’s relationship are answered in time, but unfortunately there are still a few holes. For instance, it is never completely clear what Jason does for a living; the reader is left wondering if he is a businessman or working in security, or possibly something else. Although this has no real effect on the story’s outcome, a clearer picture of Jason’s life would make the book more complete.