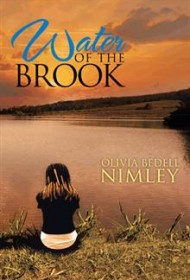 The poems in Water of the Brook are dedicated “[t]o all the refugees of the world” and, while wildly divergent in topic, many are written with an emphasis on comforting and inspiring the downtrodden.

“Race,” one poem that epitomizes the speaker’s message, implores, “Avoid destructions/ Know your talent/ Show your skills/ Believe in yourself/ And the game is yours.” Other poems sing of the speaker’s own triumphs over adversity: “My strength increases/ I have overcome/ My mockers see my victory/ My enemies see my crown.”

For instance, in “Hillary Rodham Clinton,” the speaker recounts: “As a child in Park Ridge, Illinois/ Her ability couldn’t be ignored/ She displayed perfection in church and school/ Received awards among her peers.” The footnotes listing Clinton’s accomplishments are nearly as long as the poem and overwhelm its contents by comparison. The author’s poems on the lives of Michael Jackson and Oprah Winfrey are especially dense with factual information but leave little room for interpretation or commentary.

In general, the poems here rely on familiar insights and clichéd nature imagery. (“Fragrance of a red rose/ Embracing morning dew/ Looking for a rising sun/ To brighten up the day.”) As such, they aren’t likely to attract sophisticated poetry readers. But the author seems to have a penchant for detailing historical fact. It is recommended that she consider expanding her work into biographical essays and human-interest pieces, where her style is more likely to shine.