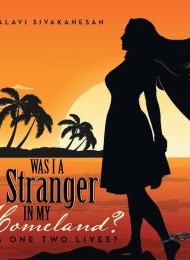 Malavi Sivakanesan, author of this memoir, is a young Tamil woman born in Norway who identifies strongly with the Tamils’ struggles for a separate state within her parents’ native country of Sri Lanka. Her intent appears to be generating pride among the Tamil diaspora in the ideals of the now-defunct freedom fighters LTTE, or Liberation Tigers of Tamil Elam.

From an early age, Sivakanesan was aware of the war in Sri Lanka. Her father introduced her to Vellupillai Prabhakaran, leader of the LTTE, when she was 8; throughout the book, she cites Prabhakaran’s wisdom, heroism and generosity. When she visited Sri Lanka with her family, she volunteered with the Little Tigers, doing chores for the Tigers with her parents’ approval. She began to feel like a stranger in Norway, often speaking in defense of her Tamil culture.

Despite her rather comfortable, sheltered background, Sivakanesan became rebellious in her teen years, living on her own and using street drugs. On a visit to Sri Lanka during her recovery, she became a soldier for LTTE, was wounded in combat and finally captured by the Sri Lankan army in the last days of the LTTE uprising. Many Tamils died; only Sivakanesan’s Norwegian passport saved her, though she was starved, beaten and tortured.

Although competently written sentence by sentence, Was I a Stranger in My Homeland? suffers from disorganization. A hodgepodge of childhood photos, family memories and harrowing war stories, the book is often more confusing than engaging. In addition, its big, colorful format and gold-rimmed pages detract from its serious moments, with snapshots of the author’s seemingly happy childhood vying with descriptions of dissolution, drugs and warfare.

Despite these drawbacks, Was I a Stranger in My Homeland? could be of interest to Tamil emigrants still hoping for a separate Tamil homeland. The author’s youth and unusual experiences give those issues an attractive face and a gentle but steely voice.