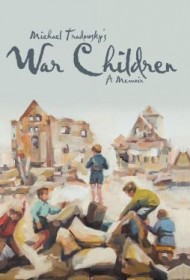 This remarkable story paints a vivid picture of the living hell many German civilians endured during World War II and the deprivations they suffered in the immediate aftermath.

It’s told through the eyes of author Michael Tradowsky, who was just four when the war started. Some of his earliest memories are of being bundled into cellars to escape the intense allied bombing which reduced so many cities to rubble. As explosions shook the ground and debris rained down, families huddled together in darkness fully expecting to die, their fears reinforced the next day as they surveyed the latest destruction all around.

That same feeling of insecurity permeates the narrative a few years later as Tradowsky’s family, now refugees in their own country, struggle to survive; there’s no food, clothing or fuel (for heating or cooking) to buy, even if they had the money. Somehow his resourceful and resilient parents pull the family through this nightmare and out the other side, finally moving to America in 1958, where Tradowsky taught dentistry at Cleveland’s Case Western Reserve University.

In between the more dramatic events, the author offers intensely detailed descriptions of more mundane matters: what his family and friends are doing, their relationships, vacations, school life and more. Though these accounts of “normal” life sometimes seem trite, Tradowsky keeps readers engaged through the sheer force of his prose. This passage, where the author recalls his surroundings when just a toddler, is typical:

“I remember the cool and moist sand crunching on my bare feet; the delicate, springy strokes of grass across the lawn toward the pine; the sticky, fragrant, amber tears that oozed from the sun-baked orange scale of the bark … and high above, the gnarled and twisted branches that etched tufts of dark green needles into the pale blue sky.”