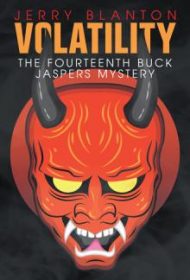 The story begins when Mayor Schultz of Raquel, Pennsylvania, hires Jaspers to work on the case of Sarah Nathan, a sweet young woman whose past seven boyfriends have died mysteriously. Her great uncle Tobit Nathan is willing to finance the big-city detectives to clear the family name, which has been linked to witchcraft because of the bizarre murders.

Jaspers quickly dismisses Sarah and her father as suspects, believing the killer may be a jealous admirer. He therefore enlists the aid of a handsome young male associate to spend time with Sarah and attempt to smoke out her demented fan. Raquel is a small town, and the killer’s identity is revealed rather quickly. Then the mystery becomes whether he’s a deranged, perverted human or demon.

Religious elements (including an exorcism with a Catholic priest) and the supernatural (mysterious animal-like footprints instead of human prints) hover in the background but are never fully explained or realized. Immersion into one or the other realm might have been more effective than introducing both superficially.

Cleanly edited and easy to read, the writing is generally clear and direct, albeit with the occasional awkward metaphor, as in this description of farming country with vegetables and a fruit orchard: “Fallen petals lay like scattered fragrant feathers.”

Two unfortunate missteps come near the end. Shortly before the climactic scene where the villain is captured, Jaspers and his team raid a mansion without police assistance because their surveillance video doesn’t provide enough evidence—yet they also took photographs that clearly incriminate the villain. Additionally, there’s a creepy cousin-to-cousin romance that seems intended as a happy ending.

While lacking suspense in identifying and apprehending the killer, this mystery novel presents a likable private detective. Jaspers often compensates for the novel’s flaws and may appeal to those seeking a quick read.