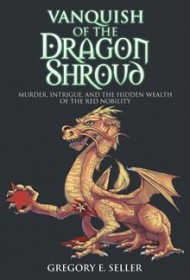 Gregory E. Seller’s debut novel, an appealing fusion of mystery and thriller, is about the wife of an affluent Beverly Hills hedge-fund manager who becomes entangled in a grand-scale, multibillion-dollar money-laundering scheme. The result is an undeniable page-turner.

Maxine Aronheart and her husband, Logan, are on their way to Catalina Island with Logan’s hedge-fund partner, Ethan, his wife Jaclyn, and Viktor Lucienne, a charismatic Frenchman who is the investment middlemen for their largest client. It’s supposed to be a celebratory evening, but when explosions rock the yacht, chaos ensues. As the million-dollar craft sinks, Logan throws his wife overboard, but not before saying, “You’ll forgive me.”

After Maxine is rescued by two mysterious men and left ashore, her idyllic life quickly turns into a living nightmare. What is thought to be her husband’s burned corpse inexplicably disappears from the morgue. Her home and business are ransacked. An employee working at the hedge fund commits suicide. Jaclyn is kidnapped. When it is discovered that a huge amount of money is missing from a fund, the FBI and SEC descend like locusts, and further plot twists soon involve high-ranking members of China’s Communist Party.

Powered by well-developed, unconventional characters, excellent pacing, nonstop action and an impressively knotty storyline, there are only a few flaws in this novel. Aside from several plot twists that verge on being contrived and the unfortunate title and cover art (which make the release look more like a fantasy than a thriller), this is a well-written and highly entertaining read.

Its most memorable aspect, however, has to be the clever ending, which gives the story another surprising layer and will undoubtedly leave readers smiling.