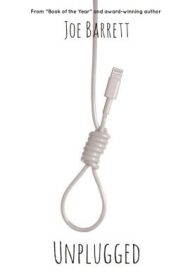 In this satirical novel, a tech multi-millionaire digitally unplugs to re-connect with the world around him.

Thirty-two-year-old Dan Johnson has what others dream about: a huge net worth from inventing an app; Clancy, a beautiful on-again, off-again girlfriend; and a life of leisure. But when he decides that he can live without the luxury in his high-tech luxury apartment building, his friends assume he has had a nervous breakdown. It’s only when he’s mistaken for his brother, Bill, a married stay-at-home dad and a professional dog walker, that his life re-gains its mojo.

As Bill, he meets Sarah, a passionate advocate for a homeless shelter, and he falls in love. When Sarah’s homeless shelter is threatened by a re-gentrification project, Dan impulsively buys the building. But he must still stop the rest of the project from going forward—and reveal to Sarah his true identity, both dicey prospects at best. Taking advice from some new friends—a wacky group of Ph.D. philosophers who have formed a suicide pact—he decides to trust in the universe to tell him when it’s time to act.

This is a witty take on the boy-meets-girl story, full of self-deprecating humor and take-downs of everything from millennials to gentrification. The writing is breezy, the dialogue clever. When Dan’s friend Sluggo tries to persuade Dan to keep dating the lovely Clancy, Dan gives Sluggo permission to date Clancy himself. “Don’t be an idiot,” Sluggo responds. ”Clancy would never date me. I’m a pig.” Agrees Dan, “Your self-awareness is inspiring.”

Unfortunately, the book takes an off-putting turn towards the conclusion, threatening the fun. Dan’s attempts to stop the re-gentrification process end in an awkward—and unamusing way— and even the author’s skilled writing can’t make the scenario more palatable.

For some readers, that will be hard to ignore. For others, it will be a minor speed bump as the book re-gains its momentum and speeds along to a satisfying conclusion.

Also available as an ebook,