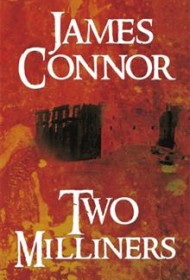 This screenplay, set in 16th-century England, may well intrigue the literate teenagers who are ostensibly its audience. A pair of mischievous, pretty cousins, Lavinia and Beatrice, regularly sneak out of straitlaced Salisbury Castle for secret trysts in the summer forest with two milliners’ apprentices from nearby Lichfield: Bardolph and Scroop.

The lasses may be noble and the lads low-born, but teen romance charges the air nonetheless, defying social norms. The plot thickens–and darkens–when the reckless girls talk their naive beaus into a doomed scheme to kidnap the gravely ill son of a castle sentry so that he may get medical attention otherwise denied to him.

James Connor, who teaches English in a Philadelphia public school, fortifies his drama with some gentle history about Sir Francis Drake, the Elizabethan era’s emerging merchant class and the aftermath of the Protestant Reformation. But the author balances those eat-your-spinach lessons with a little bawdy playfulness (the odd couples go in for midnight kisses and light petting) and a lot of horseback riding. Shakespeare might be appalled by some of the dialogue–the Bard never “beat the heat” or called Lady Macbeth “honey-pie” – but Connor is clearly eager to keep his young readers on the hook, period authenticity be damned.

The chances of Two Milliners ever becoming an actual movie? Period drama can be every bit as expensive to produce as whiz-bang special effects; the costuming and sets necessary here would be costly indeed. Aside from that, this intermittently captivating, but talky, script is slow-moving and short on visual dynamics–on actual cinematic storytelling. But you never know. Some Hollywood exec who is up on his Marlowe might take a look and ask himself: “Who ever loved that loved not at first sight?”