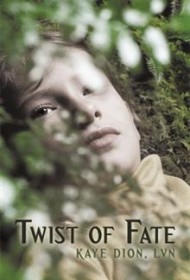 This brief, flawed, yet interesting novel shows how good results can come from a terribly evil act.

The story revolves around Jessie, a young man suffering from schizophrenia who abducts and kills a little girl after raping her. Caught by the authorities and sentenced to death, Jessie donates his organs to people in need, including his sister Irene.

Irene soon receives letters from recipients of Jessie’s organs all over the world, telling their life stories and expressing their gratitude for her brother’s generosity. Although Irene acknowledges that this act could never make up for the horror of his crime, she appreciates his honest attempt to do something good out of the tragedy he created.

While the story is compelling, the writing could have used significant revision before publication. Especially with the dialogue between Jessie and Irene, it is frequently difficult to tell who is speaking, leading to much confusion. Time lapses seem to occur without warning or reason. There is also some discrepancy as to whether Jessie attacked another girl in the past, which is left unresolved. All these issues make for a challenging read, and many readers may give up after the first few pages.

Still, author Kaye Dion creates a fairly sympathetic character in Jessie, while still emphasizing the severity of his crime. He struggles between his desire to be well and the side effects caused by his medication, a conflict many people with mental illness know all too well.

While difficult to read, Twist of Fate may be worth dipping into for its glimpse into the suffering caused by mental illness.