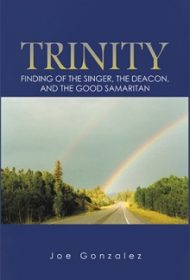 In this tale, the leader of a popular Christian music band has an encounter with a six-year-old girl that sets in action events that will be life changing for all.

AnnaMarie is the six-year-old daughter of single mom Mary Lou. She lives with her grandparents, Suzanne and Greg, while Mary Lou is elsewhere, saving for an apartment. When Suzanne’s husband can’t attend the Christian band Trinity’s appearance in Arlington, Texas, he suggests Suzanne take AnnaMarie in his place. During the concert, lead singer Jason Skarr, a pseudonym for Franklin Jay Scarborough, singles out AnnaMarie to join him on stage in a song, inadvertently sending her off still wearing his signature Stetson.

The recording of the two on stage becomes a big hit, but no one knows who AnnaMarie is or how to find her. Meanwhile, Mary Lou, who has finally acquired an apartment, takes her daughter home to Lubbock. Trinity continues touring, and between concerts Franklin embarks on a “self-finding mission as an Honorary traveling Deacon” to churches on the concert route, befriending those less fortunate than himself along the way. All the while, the identity of AnnaMarie and the whereabouts of his Stetson remain a mystery.

The author has tackled an ambitious storyline with numerous subplots and trajectories, all informed by his knowledge of the Bible. Each chapter opens with a quote from the Bible and the narrative provides occasional references to scripture. Generally, he keeps it all in order, carefully unraveling each thread, then neatly tying it back together. But skeptical readers may question how Jason/Franklin can be so renowned yet often manage to go unrecognized and, even, unheard of. Likewise, readers will wonder how Mary Lou can remain oblivious to her daughter’s national fame.

Such issues can be distracting. Still, those willing to overlook such lapses in credibility will find an engaging read most likely to be enjoyed by fans of Christian fiction and by those who enjoy the live music scene.