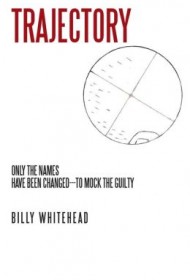 In a novel that takes aim at modern political and socioeconomic structures while unleashing a torrent of violence, author Billy Whitehead imagines a dangerous military sniper attacking his own countrymen.

Much like David Morrell’s John Rambo, Brad Soames is a badly damaged 20-year veteran of the U.S. Army’s Special Forces. Forced into retirement and angry over the deaths of his comrades-in-arms in Afghanistan, Soames decides to use his unique skill set and sniper rifle to execute the political leaders and CEOs he believes brought the country to ruin.

“They send you over to some Godforsaken place to kill people—all kinds of people,” says Soames during his internal dialogue. “If you hit a kid, well—sorry: fortunes of war. Their lives are dirty cheap, too. Who comes out a winner in all this? Politicians and defense contractors and money-men: careers and cushy jobs at big bucks.”

The book’s cover boasts that “Only the names have been changed—to mock the guilty,” and the targets are undeniably recognizable. With help from his mentor and old war buddies, Soames assassinates dozens of thinly veiled characters at companies like “Golberg-Sack,” and “Burpish Petroleum Corporation,” while a prominent presidential advisor, “Kal Stove,” is gunned down after outing CIA agent “Bonita Plaime.” The right-wing media is also mocked in outlandish interstitial segments where outlets discuss the murder spree.

While all this is going on, Soames takes damaged vet Julie under his wing and starts a relationship with Julie’s sister.

Readers will have to suspend disbelief (Brad Soames seems to magically appear anywhere in the country to make his hits, etc.) and have a tolerance for clichéd characters and assassinations that can become repetitive. Nonetheless, it’s uncommon to see a left wing viewpoint in this type of geopolitical thriller, so liberal-minded readers who often curl up with the likes of Vince Flynn or James Patterson may find this odd blend of military-style action and partisan caricature unusual and entertaining.