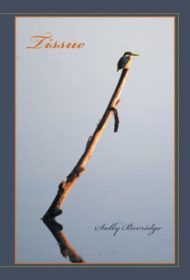 Born in India in 1937, she was “a daughter of the Raj” whose family for generations peopled the British Empire’s reach across the globe. She first went “home” in 1945, three years after her mother’s death from typhoid;  a poignant “Letter to My Past Small Self”  captures the bewilderment of a seven-year-old uprooted from everything familiar at the behest of her father Bill, a career soldier whom she matter-of-factly depicts as emotionally remote.

Stepmother Joyce gets credit for taking on two young children and a daunting pioneer existence in Kenya, where the family relocated to establish a farm in 1948, but she was also bossy, and the Berridge family life was cold. Berridge married at 22 while still at university in England, then moved to Australia with her husband and three small children in 1965.

Berridge writes vividly about pre-independence Kenya, hilariously about her ramshackle start in Australia, and charmingly about her devotion to rambunctious grandchildren.  Her memories are conveyed elliptically, in non-chronological order that nonetheless makes clear both the basic facts of her unusual experiences and the psychological journey that underpinned them.

Several interspersed chapters show Berridge searching for more information about her mother’s life and death, then discovering maternal relatives in England. She writes movingly in conclusion about how this reconnection to her roots helped her “travel back to Australia to look at my life here with new eyes.”

Part II, “Ideas About Autobiography,” finds Berridge reflecting on the genre. It’s clear that her fresh approach in her own writing grew from extensive reading and thinking about the form, and her summary of pundits from Roland Barthes to Antonio Damasio is unfailingly intelligent. Still, this discussion feels like an unnecessary appendage here. This is a moving memoir that deserves to stand on its own.