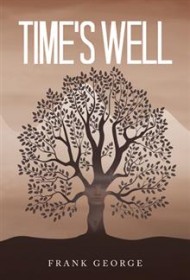 Set less than a decade in the future, in a place recovering from a cataclysm, this intriguing and imaginative novella written in two main parts follows a reclusive teacher whose life is significantly altered by an engaging younger woman.

In the first part, the unnamed protagonist initially is happy having casual philosophical conversations with Andrea, a woman he met at a bookshop who is 30 years younger than him. Then she begins making subtle advances that lead to a stimulating yet puzzling physical and emotional relationship. In a land where poverty and hunger have been eliminated but replaced by humans coping with isolation, the couple feel an urgency to leave, with Andrea taking full control of their destiny. Now pregnant, she leads him to an unfamiliar place among “guardians and preservers of the past and the future for the child’s birth.”

The second part is written from the newly born son’s viewpoint. He details how he pre-selected his parents along specific gene lines while he was in the fourth dimension. Only after escaping from a cave where an enchantress had entrapped him for centuries could he take steps to assure his parents would meet.

Author Frank George’s quiet writing simmers beneath the surface as his characters explore and react to a space-time continuum that defies science and religion. There is subtle power in the way he describes the cataclysm only by noting power stations and a Geiger counter as well as floodwaters where cities once stood.

The book is well-paced, written in a purposely vague yet absorbing way that gives the story intrigue and jostles one’s thinking about the meaning of life and death and the personal roles we play. While Andrea’s emotions are thinly drawn, the unnamed protagonist’s are expansive, openly expressing fear, pain and love.

Overall, this is a well-devised, existential thought piece about humanity and destiny, sparsely written but with substance that lodges in one’s thoughts long after the novella’s end.