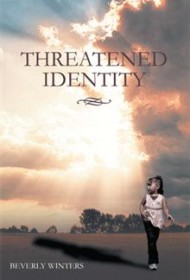 The stakes are high for the protagonist of this brief novel, described on the back cover as a “Mystery and Suspense” story written “for the child who hates to read.”

Ten-year-old Gabriella McIntosh’s life changes when she goes in search of her dog, Skipper. A man claiming to have seen Skipper brings Gabby to an encampment in the woods. When the dog appears and attacks Gabby’s would-be kidnapper, the man knocks Gabby unconscious and fatally stabs Skipper.

Next, Gabby awakes from a coma in the hospital, paralyzed from the waist down (a case of “hysterical paralysis”). She remembers nothing of what happened. When she learns of Skipper’s death, she sinks into a deep depression.

Hoping to help, her parents’ decide to bring a relative Gabby has never known into the house, thinking that somehow this will bring her around. Instead, it sends her into a tailspin because this stranger’s existence forces her parents to confess that they have lied to Gabby all her life. Her anger and sense of being threatened lead her to consider taking terrible actions. When her plan fails, she is finally able to come to terms with the truth.

The story’s events unfold at a quick pace, giving the novel a sense of urgency, and Gabby’s anger and resentment are conveyed believably. However, the events often hinge on coincidences, behavior, and motivations that strain credulity, such as the multiple secrets the parents (and housekeeper) keep from Gabby and from each other.

More problematic is that the story is nearly entirely “told” rather than “shown.” The highly pivotal character who joins the family’s household is given almost no dialogue, despite the many significant interactions she and Gabby have. Had the author fleshed out events through active scenes rather than summaries, a strong, tension-filled story might have resulted. As it stands, the book’s fast-moving dramatic twists and turns might appeal to reluctant readers, but it requires significant revision to reach its potential.