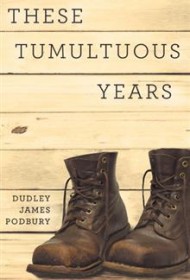 This sweeping novel tells the saga of a family coping with world events beyond their control.

As a young man in Holland between the world wars, Johan van Driel reluctantly acquiesces to the wishes of his father to flee Europe ahead of Hitler’s rise in neighboring Germany. His escape takes him first to New York, which he departs barely ahead of a gang of killers, and eventually to Tennessee. There, in the household of a ruthlessly ambitious politician, he finds love, is exposed to the brutality of racism during a side trip to Georgia, marries Emma, and moves with her to Australia.

In the outback, the growing family finds comfort on a sheep farm, only to have their tranquility upset by the arrival of World War II. Johan goes off to fight as Emma struggles to maintain the farm while dealing with their angry, unruly oldest son. In the years following the war, the family is joined by a strange German with a secret and is aided by a neighbor returned from the horrors of a Japanese prison camp, while most of the children scatter to pursue their own destinies in far-flung lands from the Middle East and Africa to South America.

The portrait of this family’s struggles to find itself amidst such turmoil has some delicate moments, but it suffers the burden of a plot that wanders off in too many directions too quickly. Packing in more events than easily fit into a single narrative, the author leaves himself little room for character development. As a result, the characters do little to engage readers, and the story reads like a list of situations, rather than an organic unraveling of events.

While this hampers overall enjoyment, some readers may appreciate the family’s valiant struggle: When too many seemingly safe harbors turn out to be cluttered with dangerous and rocky shoals, the characters here admirably rally to rescue one another from the pressures of the world.