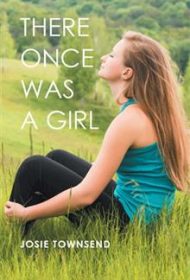 Josie Townsend’s novel based on a true story follows a woman trying to make a life for herself, despite toxic relationships.

As There Once Was a Girl begins, its protagonist, also named Josie, is leading a fairly stable life in Sydney, Australia. She makes poor choices, however, when it comes to men.

Josie’s current boyfriend, Dan, is a possessive underachiever, so when Josie leaves him for his friend, Mark, she thinks she is trading up. On the contrary, Mark turns out to be a philandering user, but this doesn’t stop Josie from becoming deeply involved with him. At last, Josie decides to leave Mark, only to find she is pregnant. After some years, finally free of Mark, Josie thinks she has found a decent man in Gary. But she finds that Gary, too, has hidden dark secrets.

There Once Was a Girl is an undeniably compelling story. Townsend so skillfully portrays Josie’s inner life that her often-questionable choices are entirely believable. Readers will be eager to learn how she makes it to the other side of them.

Even so, the novel has significant flaws that compromise its gripping plot. First, the narrative structure is sometimes choppy: Important details are dealt with summarily or not mentioned at all. For instance, when Josie goes into a mental hospital after the birth of her second child, the reader learns very little of her experiences there and never finds out who watches her children while she is away.

Another major drawback is Townsend’s habit of overwriting. She often uses elaborate diction and sentence structure, an approach that is awkward at best or, at worst, makes comprehension difficult (e.g., “Even though . . . Mark’s unrelenting obsession to command our living standards was uncertain . . . “).

The novel’s exciting plot has much to offer general fiction readers, but major revisions to structure and style would make it more accessible to that audience.