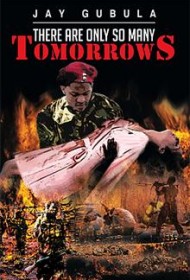 Secrets swirling around underground groups rebelling against an oppressive government in 1980s South Africa complicate the life of one woman and her rival suitors in this briskly paced and engaging novel.

The story opens with the jolting scene of a young woman being dragged to impending doom by her tormentors. The book then winds back the clock to 14-year-old brooding and angry Abigail, who has been sent against her wishes to a faraway prestigious boarding school that her older brother Bongani also attends. There, she is emotionally drawn in by her brother’s handsome and kind friend Tsediso, who soon graduates and moves on with his life.

Six years later, Abigail and Tsediso meet again and are smitten with one another. But Tsediso, now an underground freedom fighter, must spend months and years away from her as he pursues his clandestine cause. While her paramour is gone, Abigail’s college study partner, Mandla, moves in to woo her. As clashes against apartheid escalate, the emotionally conflicted woman unwittingly finds herself in extreme danger.

This multi-layered tale, which is sprinkled with Afrikaans phrases (translated in footnotes), opens one’s eyes to the heavy oppression and courageous rebels in Africa at that time. Its characters are well-defined and credible, and the plot is enticing.

Gubula is fond of descriptive phrases, most of which enhance the book. Occasionally, though, she misuses words (“seize” for “cease”) and offers awkward sentence construction and over-the-top word frenzies (“A tall, hale and hearty lad, his were strikingly caramel-complexioned features…From the deep-set eyes, dark, sharp, and penetrating, conveying a genuine interest in the counterparty, to the finely molded nose, slightly broad, slightly turned up, slightly pointed nasal tip, conveying it seldom gets put out of joint.”)

Though rough around the edges, with small fixes this gripping story will appeal to those who enjoy a compelling action tale laced with romance.