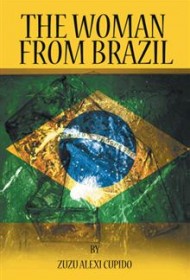 It’s unclear whether The Woman from Brazil, Zuzu Alexi Cupido’s story of an Amazonian woman with a penchant for disastrous love affairs, is a biography or novel. While the Prologue indicates the book is a biography (though the author admits she has changed some names), Cupido also notes on the back cover that she is South African, not Brazilian; other statements further blur the line between fact and fiction.

The story begins well, expressing Lira’s love for the splendor of her rain forest home. But it devolves into a repetitive account of self-deception and bad choices.

Lira details her idyllic childhood on a small farm on the Amazon River in Brazil. There, she develops a spiritual connection with nature but dreams of seeing the world. At 19, she goes to work in town and becomes pregnant. Even though her lover doesn’t want the child, Lira gives birth to a son and resumes the abusive relationship with the father. Pregnant again, she returns to the family farm to have her daughter, eventually leaving her children with her parents to seek better pay in Switzerland as a stripper. Lira rationalizes her lonely, demeaning existence by sending her paychecks home.

Eventually, Lira returns to Brazil, meets another man and flies off to be with him in Italy. She continues to see him even after she learns he is married. Cupido devotes chapters to Lira’s rationalizations for the affair, which she finally ends. But back in Brazil, she meets yet another man, and they wind up in South Africa, with Lira his virtual slave.

Lira eventually straightens out her life, but her long, repetitive road makes for wearying reading, ultimately becoming little more than an overwrought soap opera. Besides the tedium, Cupido’s sentences can be labored and baffling (“My bad decisions had become the epitome of a grisly sight in my life”). All told, readers are likely to lose interest in Lira’s story long before the final page.