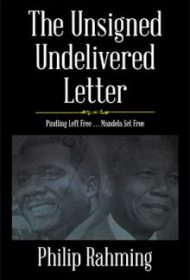 In 1973, the formerly British-governed Bahamas became an independent commonwealth. By then, Sir Lynden Pindling, who had helped usher in his country’s independence, had been the Bahamian premier/prime minister for six years. Pindling continued as prime minister until 1992, but might not have if Philip Rahming had signed and delivered a censorious letter composed by a Bahamas Christian Council (BCC) committee.

In his Unsigned Undelivered Letter, Rahming, former BCC president (1977-1980, 1983-1986), relates how Pindling appointed a 1983-1984 commission to investigate allegations concerning the prime minister’s and Bahamian government’s involvement in the drug trade. The commission found that “Sir Lynden was not directly involved in the trade,” even though “he had spent eight times more money than he had earned in a seven-year period.”

Three months later, Rahming was asked to sign and deliver the BCC committee’s “condemnatory letter.” Instead, Rahming pocketed the letter for several reasons, including concerns that: making it public would handicap Pindling’s negotiations at the upcoming Commonwealth Heads of Government Meeting for the release of Nelson Mandela and sanctions on South Africa’s apartheid; the letter would cause disturbances that would threaten Bahamas’ burgeoning democracy; and the BCC shouldn’t second-guess the commission’s findings. Rahming believes that withholding the letter was pivotal to preserving his country’s democracy and that his decision kept the Bahamas from unrest, which would have ultimately lead to a dictatorship.

Rahming’s narrative includes supplementary portraits of the organizations and actors involved. This leads to some repetition and inclusion of irrelevant information. For instance, Rahming states several times that he wrote the Bahamian pledge of allegiance. He also seems disingenuous concerning Pindling’s complicity. He doesn’t question the impartiality of a Pindling-appointed commission, nor does he mention that one of the three commission members disagreed with the commission’s findings concerning Pindling.

While the author is too unreliable and the narrative too repetitive to appeal to general readers, this book may interest historians for its personal view of the issues surrounding Pindling.