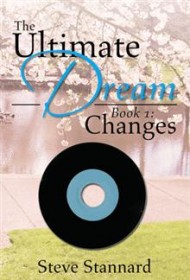 The first installment of Steve Stannard’s three-book series is set in 1965 and begins as a story about a young Midwestern girl’s burgeoning singing career, but eventually becomes more focused on the teenage characters’ sexual exploits than the protagonist’s professional ambitions.

Singing has always been Linda Redford’s passion. When a song she records ends up on the radio, she quickly becomes a national sensation. Just as her star begins to rise though, she realizes she’s a lesbian. Her excitement over her success is dampened by the fear that her sexuality will be revealed.

The treatment of Linda’s sexuality, and sex in general, is one troubling element in a novel that has several problems. Linda and her brother Mike behave more like lovers than siblings. This unsettling dynamic increases as the novel continues, with Linda playing a “prank” on Mike that involves him wearing her underwear and at one point showering with the bathroom door open to see if Mike “would take the bait.” Linda’s first physical relationships are with her best friends, one of whom is also Mike’s girlfriend. Mike says he doesn’t mind if his girlfriend occasionally sleeps with his sister.

If the characters were more complex, this might all feel less contrived, but they’re poorly developed, exhibiting actions inexplicable outside of a desire to titillate readers. Their unrealistic behavior is highlighted by confusing interludes set off from the text by the phrase, “in another place.” In these sections, figures identified as “Light,” “Dark,” and Linda’s deceased mother Mary discuss what will happen next in the story. The fact that the characters’ decisions are partially dictated by divine intervention makes them even less recognizable as human beings, and more difficult to relate to.

Stannard’s novel feels overlong and eventually reads as if lifted from a late-night cable movie about teenagers incapable of controlling their raging hormones. This story will require substantial rethinking in order to entice readers to continue with the series.