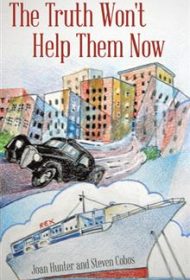 In this mystery novel, set in 1939, corrupt cops, crooked politicians and shady mobsters rule the day as the body count piles up.

When Danny Roberts is shot to death after leaving his job on the Rex, a gambling ship, officers Lou Gomez and Randy Williams of the Santa Monica police are assigned to the case. The investigation is complicated, in part because California Attorney General Earl Warren is trying to shut down all the gambling ships—even though they are legal—because of their mob connections.

As the cops question suspects in the Roberts murder, they cross paths with Clifford Thoms, deputy district attorney for Los Angeles County. Thoms becomes key in a complex plot that involves the Rex, the Roberts’ murder, a mobster’s daughter, a psychic, and a serial killer who is murdering female victims

The authors do a skilled job in evoking an era when everyone was on the take, including the police who would shake down ordinary citizens for the “policeman’s widow fund.” But, despite some nice twists and even some amusing writing, the book is so overstuffed with characters and plotlines that it’s difficult to follow. Many of the characters are called by more than one name: for example, Clifford Thoms is also Cliffy, Tommy, Thoms, or the Chinaman. Others flit in and out with undistinguished similar names – such as Roberts, Ricardo, Richard, Robbie, Randy. This is confusing, although perhaps explained by the fact that the authors used family and friends as characters. Even a character index is of little help.

The authors note that their book is historical fiction because there are some real characters and circumstances included. However, blending fact and fiction can be a tricky proposition at best, especially in a novel where readers are already consumed with connecting all the dots.

Most readers won’t want to work this hard, even for the opportunity to re-live an era when men were men and women were well, dames.