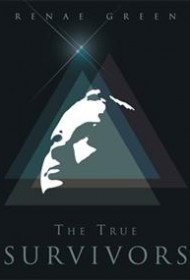 Teen Renae Green shares her story of abuse in The True Survivors to help others struggling with the same situation. As she writes on the back of her book, “…no matter how hard life may seem, just keep holding on to faith because one day, there’s going to be a much better and brighter day…”

Green tells her story in the third person through a teenager named Sharon, which somewhat muddies the waters between fact and fiction. Nevertheless Sharon’s – and by extension Renae’s — pain can be felt on every page.

Despite the author’s good intentions, Sharon’s story is problematic. In all likelihood, the author was trying to protect her family and provides mostly vague details that leave more questions than answers. Hence readers know that her father was so brutally abusive that her mother was forced to leave without the children (it’s unclear why she couldn’t take them). The family must fend for themselves with this ruthless man and his girlfriend until the children are allowed to move to America (it’s unclear why, and the author never says what country they were leaving). Sharon and the siblings are eventually re-united with their mother (it’s unclear how, why, and when).

As if those issues aren’t troublesome enough, Sharon expresses herself through confusing stream of consciousness and awkward grammar: ”Once upon a time, there was a family who lived on a farm. But even though the family had a farm…the family still had to face it through struggles. And after a while, the family had to give up the farm…the family also had a daughter by the name of Sharon.”

There’s no doubt that Green has a compelling story to tell. However, she would be better served to re-visit the subject when she has gained the kind of perspective that can help others. Then she could really put her childhood to rest — and garner readers at the same time. As it stands, this is a challenging read.