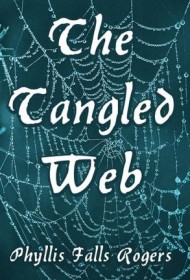 This intriguing study explores the controversy surrounding Alexander Graham Bell’s 1874 patent for the telephone. As author Russell A. Pizer details in his book, on the same day that Bell applied for his patent (the #174465 of the title), a rival inventor, Elisha Gray, applied for a less expensive type of patent called a “caveat” for the same invention. After a few days of fierce discussion, Bell was awarded his patent.

Pizer contends that Bell’s financial backers bribed the patent examiner and even suggests that Bell stole Gray’s plans, as described in his caveat, to create a later working model of his telephone. Furthermore, Pizer reveals that Italian immigrant Antonio Meucci had devised an earlier version of the telephone and taken out a caveat years before Bell or Gray.

Using newspaper accounts, transcripts from lawsuits between Bell’s telephone company and rival ones, as well as from Congressional hearings on the subject, Pizer builds a detailed, compelling case that Bell should not have been awarded the patent. Pizer presents an incredible amount of detail, not just about the case, but also regarding the biographies of the people involved, the development of other devices that transmit speech through electric means, and the investigations of the Pinkerton Detective Agency into rival telephone inventors.

While interesting, these many details threaten to overwhelm readers at times, and the author’s main argument often gets lost in a forest of tangential facts. In addition, Pizer repeats much of the same information throughout several chapters, many times verbatim, which can lead to readers quickly losing interest.

Still, those interested in the history of technology will appreciate the immense research that has gone into this book and may enjoy sorting through the complex story behind what Pizer calls “the most valuable patent ever granted.”