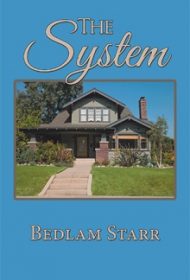 The world of foster care can be mysterious to those who have no experience with it. Author Bedlam Starr aims to familiarize readers with “the good, the bad, and the ugly” of “the system,” through three short vignettes that alternate between stories of hope and cautionary tales.

Starr first describes a young brother and sister taken from an abusive single mom and placed with a kind older couple. All appears well until the foster father begins to sexually abuse the young girl; when she tells a social worker, the siblings are placed back in a shelter as their new family implodes. Next, a single mother adopts a boy her son loves like a brother, but she meets with resistance and suspicion from her own mother. Finally, a woman is pressured to adopt a girl who ends up being possessive and controlling; she must fight to reassert control of her home and the choices she makes.

These stories grab the reader and don’t let go; it’s hard to see children in potential peril and not become invested in their welfare. However, at 51 pages these are hasty sketches that don’t present a fully developed picture. The reader is left wondering how the author feels about foster care rather than feeling closer to understanding her point of view.

More critically, the book is riddled with spelling, grammar, and punctuation errors. A character named Candi becomes “Canid” more than once, and quotation marks appear inconsistently at best.

The book would benefit from some explanation of what goes on at the administrative level. Additionally, readers will have to wade through too many proofreading and editing errors to make this offering worth the time for most. Still, The System tackles an important subject, and Starr conveys the emotional impact of the foster care experience powerfully.