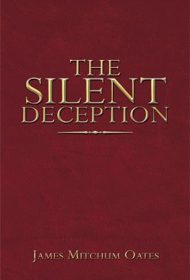 In James Mitchum Oates’ dark and cryptic novella, a boy grows up questioning the love and emotional support of his parents and siblings, ultimately coming to see what he thought was a happy family as “an illusion—with a much more sinister reality.”

Early in this first-person narrative, Joshua McClure recollects his mother labeling him as a less attractive, more troublesome infant than his older sibling and twin brother. Her harsh treatment follows Josh throughout his childhood, from the blame she unfairly assigns him for his brother’s antics, to her denying him the opportunity for academic advancement. Opposing parental views cause Josh’s father to leave home.

Josh’s love for his family is soon replaced with doubt, skepticism, and fear. Things go from bad to worse when the mother takes a new boyfriend. And after leaving and trying to create a future for himself and his girlfriend, Josh is soon drawn back home under false pretenses, ultimately uncovering a deception that leads to a shocking outcome.

While this is clearly a tale of evil, the mother’s animosity towards Josh seems extreme; for example, she gifts Josh’s twin a Lexus while he gets a sweater. And although the plot may be thought-provoking, the dialogue often seems stilted and sometimes like mere filler. (“‘Well, Paul, dinner’s just about ready. I made Salisbury steak, mashed potatoes and corn.’ ‘Sounds wonderful,’ he exclaimed. ‘Just sit in here and when dinner’s ready, I’ll call you.’ ‘Sounds great,’ he said…’”).

The story can also be confusing. The duplication of one sequence seems like a mistake, until it’s later revealed as a drug-induced occurrence. When Josh makes an alarming discovery in the final chapters, the resulting outrage may be understandable, but the subsequent egregious actions are too sudden and horrific.

Some readers may be drawn to this type of quick read fueled by a tale of doom, but those seeking a deeper exploration of characters and their motivations will want to look elsewhere.