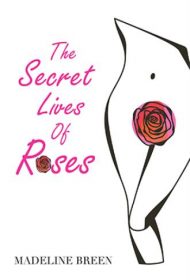 Madeline Breen’s novel, The Secret Lives of Roses, centers on a trio of women, each struggling with uniquely female issues.

As the story opens, Una, “the number one female DJ,” gets the first pap smear of her life and learns she has cervical cancer. Una’s cousin, Pauline, is the young mother of five children under age 10, including a pair of twins, and married to John, who raises cows and largely disappoints her. Pauline’s pregnancies have been hard on her: “I had barely spent more than ten months without being pregnant since we had been married,” she notes. Rounding out the three is Claire, Pauline’s friend from childhood. Claire works in a family planning clinic and has begun experiencing signs of menopause.

As each woman confronts their troubles, their lives and relationships change. Una continues at the radio station, but finds herself at times “like a zombie,” as she considers her new reality: She will not be able to have children, will experience early menopause, and could die.

Pauline finds herself facing a new challenge, but this time declines to share it with her husband, deciding instead to handle it with the help of friends.

And Claire, who tries but fails to help a young woman, finds herself increasingly annoyed with her husband as she adapts to treatment for her menopause symptoms.

This is a quick read with a fast-moving plot, relatable struggles and authentic characters. Despite the sometimes-grim storyline, the tone, particularly in Una’s voice, has just enough humor to lighten the proceedings. (For example, Una refers to her legal prodigy brother as “Golden Balls,” and, after a crying jag, notes, “Good thing I don’t wear mascara, I would have gone home looking like a fucking panda!”) The support between the characters adds dimension and an uplifting sense of sisterhood.

With its engaging trio of characters confronting tough challenges, The Secret Lives of Roses will appeal to a wide audience, particularly women readers.