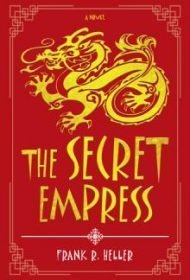 In this engaging thriller, an American businessman is thrust into the position of safeguarding a child in China and helping him flee to the U.S.

Joe Wilder is a former CIA agent who has parlayed his bodybuilding titles into a successful health and fitness business conglomerate. When his supply line in China is threatened by price increases, he flies to China to meet with Wen Shu Xian (“Wendy”), the deputy minister of trade for the Guangdong province, to smooth out the complications. While he’s there, she asks for his help in a personal matter.

As it turns out, Wendy’s mother was married to the last Emperor of China in 1962, and her rights as surviving heir and Empress of China are a long-held secret. The concern has always been that her existence will cause political upheaval in China, which could benefit warring factions, such as the Bai Lang, a mafia-like group who would love to use her title to their  own advantage. But the secret is out now, and Wendy, who is dying from cancer, needs Joe’s help to get her 12-year-old son out of the country to safety.

As with any good thriller, the story has all the elements of success: a likeable hero, a potential romance, a high stakes game of chase, and an unexpected ending. Heller has a deft touch, providing readers with a strong sense of place as the characters zig-zag through China, and generally walking the line between plausible and unconvincing as the characters sidestep one dilemma after another. In addition, anyone who has ever taken a bus tour in a foreign country will relate to Joe’s experiences as a tourist as his guide frantically tries to corral her group on and off the buses among the milling crowds.

Needless to say, most lightweight thrillers require some suspension of disbelief, and that is true here. But anyone who wants a quick read will enjoy this pleasant armchair journey to China.