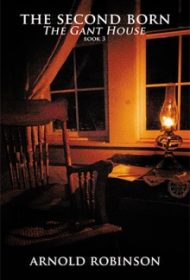 In this absorbing final novel of a trilogy set in southern Ohio in the 1960s, the teenaged Arnold Ray struggles with the anger he feels toward his abusive alcoholic father.

As the tale begins, Arnold Ray and his older brother James are living in a bus while they work for their father logging. Their mother and seven younger siblings remain on the farm close by. The brothers will be starting classes at a new, bigger school in the fall and believe their father is saving their wages in a savings account so they can buy new school clothing.

Their father, however, is not only a drunk, but a liar and a cheat. Despite all the dysfunction in their lives, Arnold Ray and James find the good, too. They wrestle, swim and joke about starting their own “hillbilly Olympics.” They treat themselves to hot dogs and ice cream at Dairy Queen and ponder girls as James finds himself falling in love. With a new school in their future and their father’s plans to relocate the family, the brothers know changes are ahead, but the discoveries they make, the tragedy looming ahead, is unexpected and shattering.

Robinson is a natural storyteller, skilled at capturing the detail, color and dialect of the “hillbilly” culture. In one scene, the brothers notice co-worker Calvin has won his socks back from his wife. “Yeah, I did, Arnie,” Calvin says. “But I had to take her ass to the floor again to get ‘em off her!” More detail from the previous novels would be helpful, but careful readers should be able to fill in the missing details.

Unfortunately, the book’s many strengths are greatly undermined by run-on sentences, missing punctuation and misspellings, such as “hear” for “here” and “your” for “you’re.” Nonetheless, the storytelling and description is skillfully rendered, and those who can overlook the copyediting issues will surely enjoy the tale.