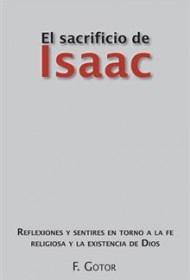 Part religious tract, part historical fantasy, this deeply felt essay is the work of an aspiring prophet. Joey W. Kiser, a lifelong bachelor who lives in a mobile home in Winston-Salem, North Carolina, (pictured on the book’s back cover) says God revealed to the author that he allowed the extermination of 6 million Jews in the Holocaust to save the world from a greater evil: Soviet communism. “It is so plain to me,” he writes. “I just wish people could open their eyes and see what I see.”

Jews, Muslims and Christians, Kiser writes, are destined to reconcile in a harmonious future where democracy trumps tyranny, hatred and violence evaporate and all religious beliefs are respected.

Many of Kiser’s views – that America’s role in Vietnam was a good thing, for example, and that God stood by as Robert Kennedy and Martin Luther King Jr. were slain because of their opposition to it – do not conform to Judeo-Christian theology or 20th century historical consensus. But they are the Gospel According to Joey. “It’s my book, and I can write anything I want to,” the former tobacco plant worker tells us.

Kiser proposes in his final chapter a fiction in which Hitler is assassinated on Nov. 8, 1939, and Josef Stalin barges into the vacuum to communize Germany and the rest of Europe. Stalin then A-bombs Tehran, Shiraz and London and provokes nuclear war between the U.S. and the Soviet Union. All this might have come to pass, the author writes, were it not for God’s decisions to let Hitler live and to sacrifice the Jews for the future of mankind. He dedicates his book to them.

What The Sacrificial Lamb lacks in logic, prose style and intellectual rigor it earns back, at least in part, by Kiser’s sheer force of faith. Even the many readers who are likely to be skeptical of the author’s unorthodox theories will appreciate the passion he employs in delivering them.