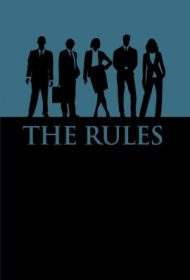 Before the social revolution beginning in the 1960s, books of etiquette and well-accepted manners ruled the lives of middle-class Americans. The decline in formality extended to the workplace, where the entry of people from diverse cultures and women into positions of authority changed the playbook, for many observers for the better. However, the erosion of accepted formalities leaves a chasm where basic courtesies are often ignored. In this short pamphlet, author Richard L. Jackson fills this gap, offering 17 rules for basic conduct in business.

Jackson’s rules, usually stated in one or two paragraphs, one rule to a page, amount to basic courtesy and respect, common sense that has become all too uncommon. For example, “Watch Your Language,” Jackson advises in the headline of one entry. “Limit your Alcohol Consumption at Office Parties,” and “NO Office Romances,” are other guidelines he offers. Jackson also counsels readers to go to the other person’s office rather than waiting for the other party to visit theirs. “If you go to their office, you will be known as a thoughtful, considerate person,” he writes. Plus, “you can leave anytime you want to.”

One questionable rule Jackson offers is to accept no questions during a meeting. “People come to meetings to hear the speaker, not audience members who like to be noticed,” he writes. Those with questions must come forward after the meeting’s close, he writes. But some would consider this counterproductive: Why bother holding meetings unless there is discussion and exchange?

Jackson’s reflections are apt and his wisdom is sound, but this is slim fare, accentuated by white pages meant for “Notes.”  Two rules — “Make Your Boss Look Good” and “Don’t Gossip”— have no commentary at all. The reader craves a deeper dive, especially into the more controversial topics.

Nonetheless, these are solid rules to live by, and this pocketbook could be useful for the recent graduate, or readers who favor brief self-help titles of the “daily affirmation,” variety.