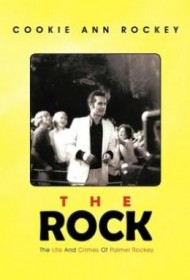 In this memoir, Cookie Ann Rockey recounts her complicated marriage from 1968 to 1977 to con man and small-time film producer, director and writer Palmer Rockey.

Palmer, 25 years her senior, was a well-educated man who spent years trying to convincepeople to invest in several film projects. Cookie, who worked for the postal system, tried to help further his dreams, even working a second job at times to pay the bills. When she finally reached the breaking point, she sought out psychiatric care and eventually divorced.

Cookie wrote her memoir to deal with her past and come to terms with how she could have been duped for so long by a man who spoke eight languages, held higher degrees, yet lived off women. Palmer was so obsessed with the film he was working on, released finally as Scarlet Love, that when Cookie criticized it diplomatically, Palmer stopped speaking to her for six months. His controlling behavior took an emotional toll on Cookie, who landed in a mental hospital in the aftermath. When I finally wised up,” she says, “I was $10,000 in debt, which was one year’s salary, and had a nervous breakdown.”

The slim volume is an easy read, although repetitive in places. But it lacks the insight the best memoirs require to hold the attention of general readers. Many of Cookie’s memories will be of interest only to her, and although she includes photos readers will appreciate, she also fills pages with documents such as tax forms that are uninteresting and often unreadable.

Palmer died in 1996, long after Cookie had lost touch and married again, but she clearly had demons to exorcise. In the end, this memoir seems written more for this purpose than for a general audience; as she says, “…I am the only one who knows the true and full story about Palmer Rockey.” If this book brings her closure, however, then her story has a happy ending.