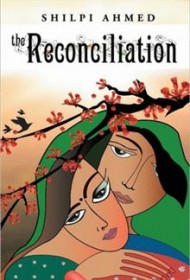 This delicious book of short stories describes facets of life for 20- and 30somethings of Bangladesh heritage who live in the West, either the U.S. or U.K. The book envelops readers in the aura of the values and lifestyles its characters have left behind as they grope with conflicting issues, including: love between a high-class man and Muslim woman, considered by his Hindi family as far beneath their station; a son who never has the chance to make amends to his father for defying tradition; a woman reaching nearly unmarriageable status by obtaining her Ph.D and her struggle between the ideas of feminism and an arranged marriage.

The title story, “Reconciliation,” revolves around Tavir returning home after 33 years. After he married an English woman, his father had cut off all communication, hiding his letters and hanging up if he telephoned. Tavir and the English woman are long divorced. Now he has learned that his father is dying.

Over several days, we discover that in the family’s view, it was Tavir’s fault that communication was lost. We get a glimpse of Tavir’s reasons for not visiting Bangladesh: “I wanted to live my life, be who I wanted to be. Papa wanted me to be in Dhaka for the good of the nation.” So Tavir’s mission is not only reconciling with his father, but also facing his new and struggling nation.

Like this story, several feature O’Henry-type endings. On some level, all deal with reconciliation.

The first three stories have somewhat predictable ironic endings, one indication that this might be the author’s first work. Overall, the book is reminiscent of Jhumpa Lahiri’s Interpreter of Maladies, though author Shilpi Ahmed has not yet reached the Pulitzer Prize winner’s elegance. Still, this is a noteworthy book. The author offers up an engaging slice of this population, a singular group of ex-pats dealing with issues that are at once universal and yet spiced in a very special way.