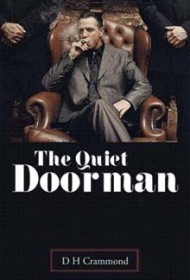 This British cat-and-mouse suspense tale pits Andy Gray, a doorman at a nightclub, against Detective Inspector James Campbell, a police officer on the hunt. Andy is a man on the way up, the favorite son of the nightclub owner Hal Rubins, who soon promotes him to partner. He has another line of work, however: he’s a car thief on the side. Rubins has his own share of secrets: his second wife was strangled, leaving him with her vast inheritance and many unanswered questions. Before long, DI Campbell is trying to unravel a series of murderous coincidences that seem to revolve around Andy and his extended family.

The book poses some interesting moral questions, much like The Godfather and The Sopranos: Is it OK to be a murderer, as long as you’re a good guy, loyal to friends and family? Is it OK to commit crimes, as long as they’re “smart” crimes? The book answers yes to both. When Andy’s friend Gary gets involved in drug dealing and petty theft, Andy is forced to take action — of the murderous kind.

Crammond’s novel clips along, as if he couldn’t wait another moment to get the words down on the page. Unfortunately, he forgot to go back and polish his work. Aside from mundane problems with question marks, commas, and quotation marks, the book is rife with the sort of writing you would expect of a first draft. Even his characters’ names — Bob, James, Jim, Janet — seem hastily conceived and uninspired, and the British setting isn’t particularly convincing; DI Campbell might just as well be Detective Campbell with the Seattle or Denver police force.

Crammond’s story is easy to read and might have been a first-rate novel with more care. He has continued the chase in a second book. Let’s hope that in this next effort, Crammond slowed down a bit, taking time to help the story reach its potential.