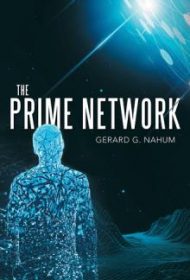 In Gerard G. Nahum’s science fiction novel, protagonist Mr. Gregory has developed a technology that allows him to foresee and influence coming events.

Mr. Gregory has discovered that reality goes well beyond the continuum of three-dimensional space and the fourth dimension of time, ultimately being made up of 11 dimensions he calls The Network. He has created a quantum computer by which he can perceive those additional dimensions and a method of impacting the way events unfold through his information processing paradigm, the Language of Inner Forced Evolution (LIFE).

All of this fits inside a small suitcase hidden in his basement. Mr. Gregory uses it to first grow rich in the stock market, then to assist the U.S. President to avert crises, and later to unravel social problems, cure disease and end hunger.

Nahum tackles intriguing themes about the human condition here. One of the novel’s best chapters, for example, involves an extensive discussion about whether free will exists between Mr. Gregory and his love interest, Lara Marlborough.

Unfortunately, the novel also suffers from some serious flaws. The narrative exhaustively details the technology, at times reading like a graduate-level physics text: “Accordingly, Mr. Gregory concluded that the appearance of nonlocality, which was represented in four dimensions as quantum entanglement, was the result of the overlapping projection of the distribution of information…”

While the story includes some details about Mr. Gregory’s past and motivations, he and the other characters mostly remain thinly drawn. (Eventually, readers learn his first name and that he enjoys cooking, but not what he looks like.) Even his extraordinary device, a worthy MacGuffin for any tale, remains nondescript.

Finally, the story is slow to ramp up the stakes. There’s no specific antagonist, although the hero eventually encounters limits to his new powers and the characters face global catastrophe.

In sum: those fascinated with the technological aspects of speculative fiction may enjoy The Prime Network. Others will likely wish for a more human, less technical, tale.